If you have total freedom, then you are in trouble. It’s much better when you have some obligation, some discipline, some rules. When you have no rules, then you start to build your own rules. – Renzo Piano

For a firm that operates in the sector and in particular in the production of beds and furnishings we have achieved during the period of  “Salone del mobile”e fair two outfits in special location: the Hilton and Crown Plaza Milan. We dare a little ‘more. We left the iron material origins composed of four basic elements of classical philosophy: fire, water, air and earth. These have become the setting of the 4 lines presented. Each environment was placed on a platform and had to be as independent as possible from the hotels structures to avoid future maintenance problems. This limitation led to the fantastic performance of the elements. The water in a playful manner was represented by a floating platform “”. On the outer circumference of the same they were positioned tubs of Plexiglas water, with natural color and organic disinfectant in blue color, inside which freely moved many goldfish. From the ceiling drops of water and a “philosophical” panel helped to reiterate the concept, the air in addition to being represented by a soft layer of bubble wrap film showed the stylized wings in top of the bed that danced freely thanks to the spontaneous drafts . The fire with simple tulle flames on the wire structure and the underlying ground in setting vital. The bed rested on a lawn true “floating” on the same water tanks in Plexiglas, this time filled with geological drawings marked by the different textures of earth materials.
It has also followed the graphic design of invitations and catalogs. 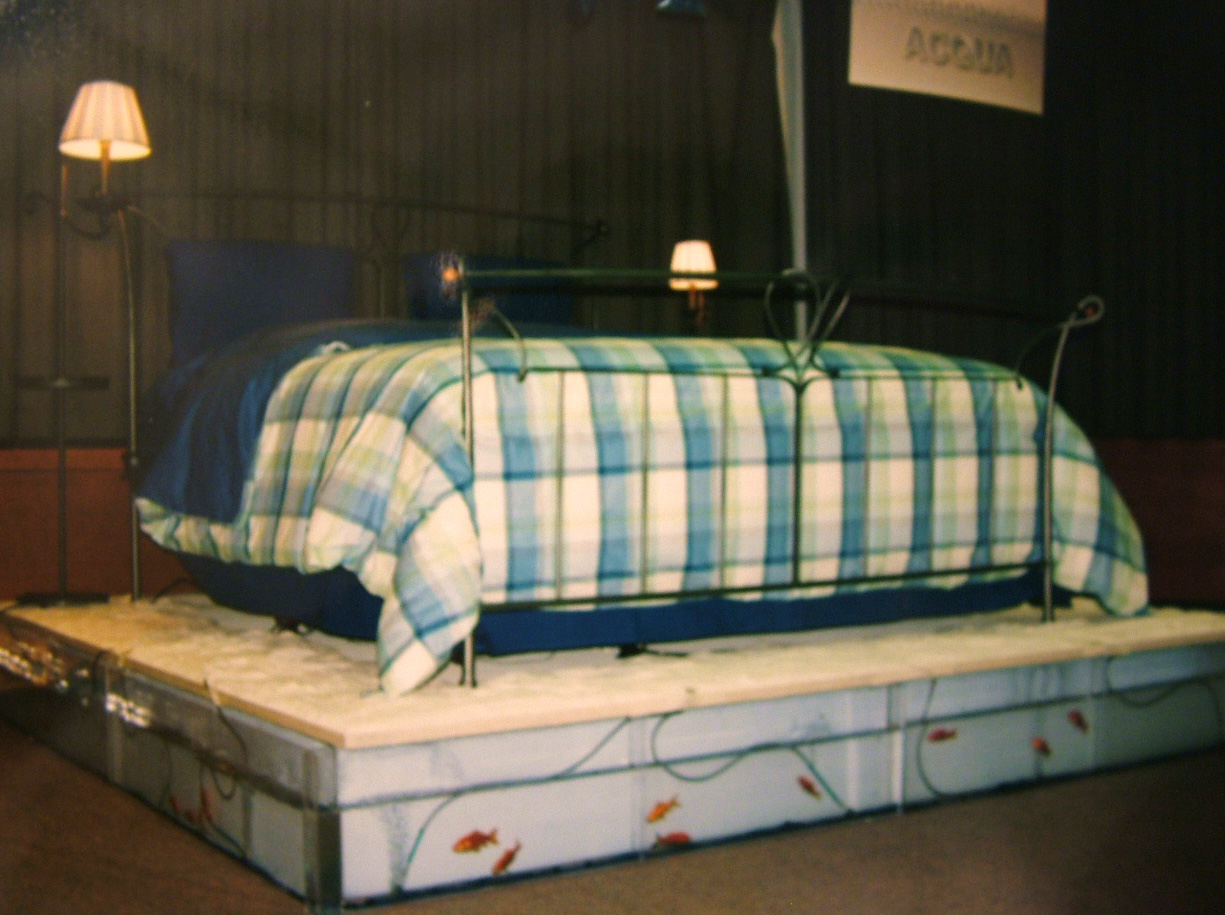 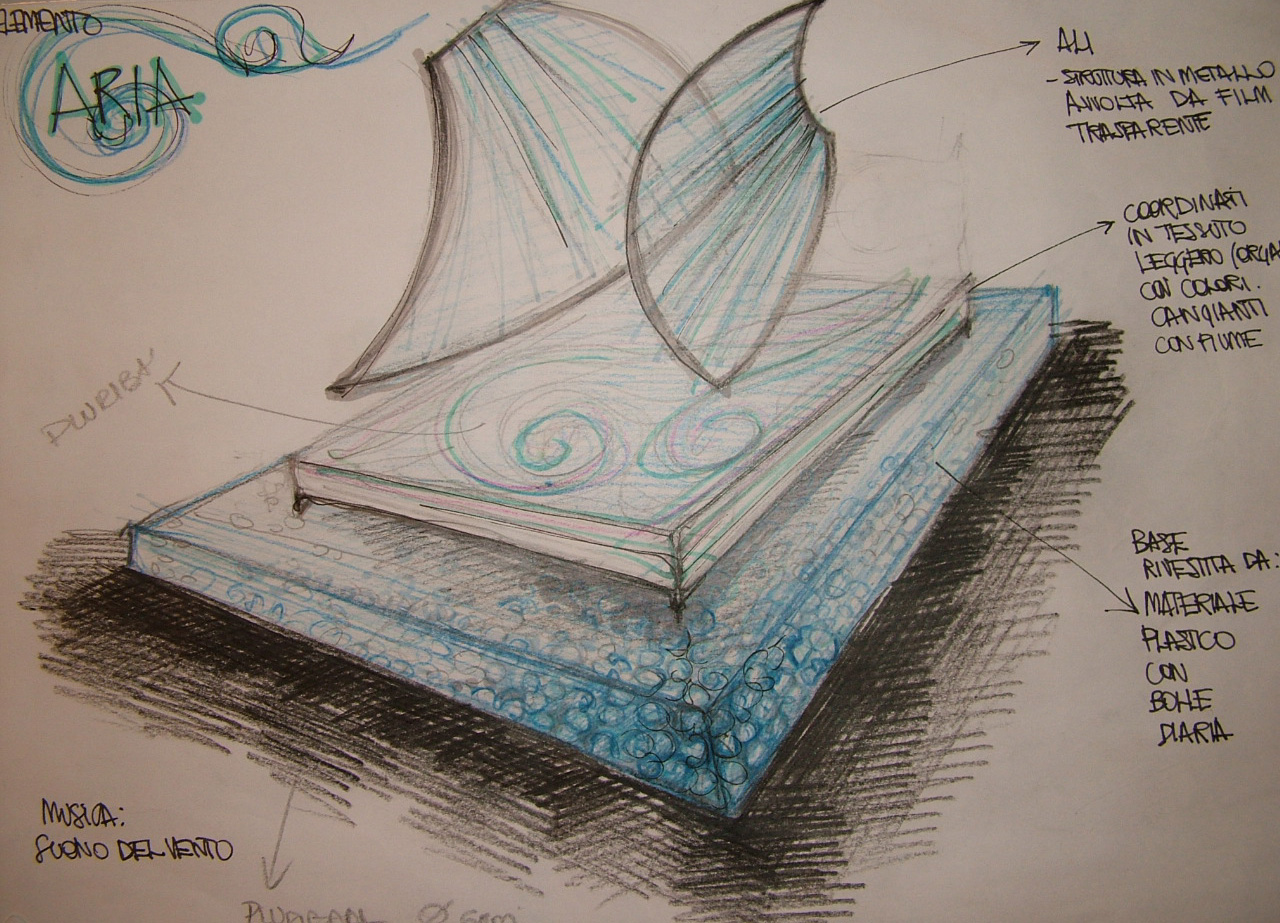